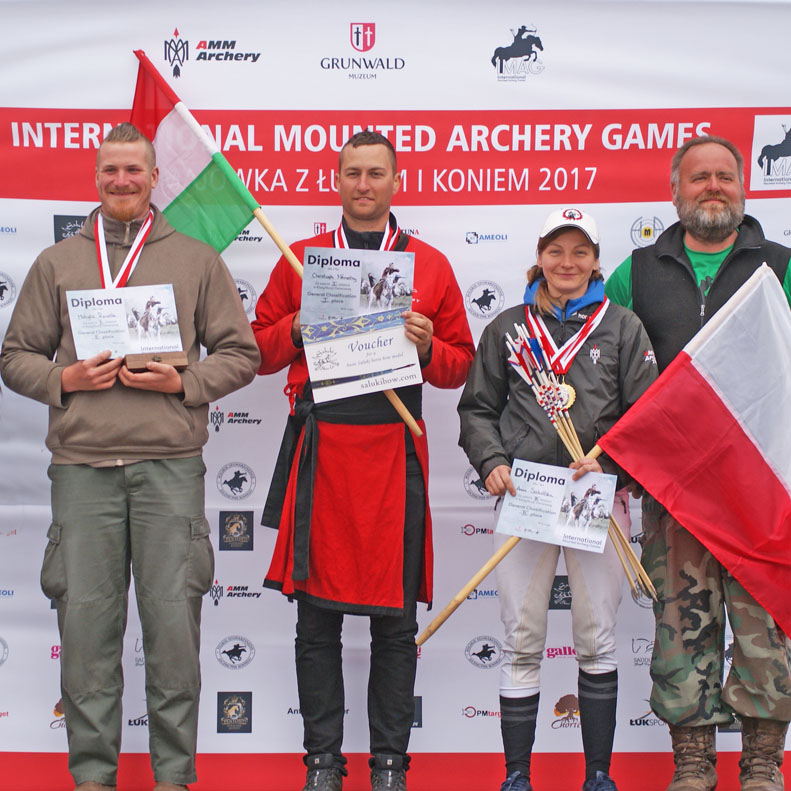 The winners of the Senior General Classification. From the left: Mátyás Ruszák, Christoph Némethy, Anna Sokólska and the mian judge Michał Choczaj

What a great battle that was! 40 competitors from 11 countries tried to proof their best during 4 days of the biggest international tournament in Poland, the Mounted Archery Games in Grunwald. The competition was held in the Korean Style, Hungarian Style and two Polish Tracks. The high level of the participants motivated everyone. Everybody wanted to overcome the enormous competition and win. All spectators and fans of horse archery were not disappointed. During the Tournament two new records were established – one by the enormously  fast and precise Hungary representative – Christoph Némethym and his horse Al Johara. This duet established the new record for this Tournament  on the Hungarian Track – since 6 years, no other duet before them, had a score higher then them on this Track in Grunwald. The second record belongs to Anna Sokólska from Poland and her mare Eldetta. Both ladies did really good, and not only won the silver medal for the Hungarian Track but also established Poland’s new record on the Hungarian Track.

But the winner can be only. After 4 days of rivalry, the golden medal and the voucher for a horsebow made by Saluki Bow Co. went to Christoph Némethym (Hungary) on Al Johara. The silver medal and the precious knife by Herman Knives was won by Mátyáse Ruszák (Hungary) on Narcyz. The bronze medal and the luxury, handmade arrows, made by Fortuna Arrows , won Anna Sokólska (Poland) on Eldetta. 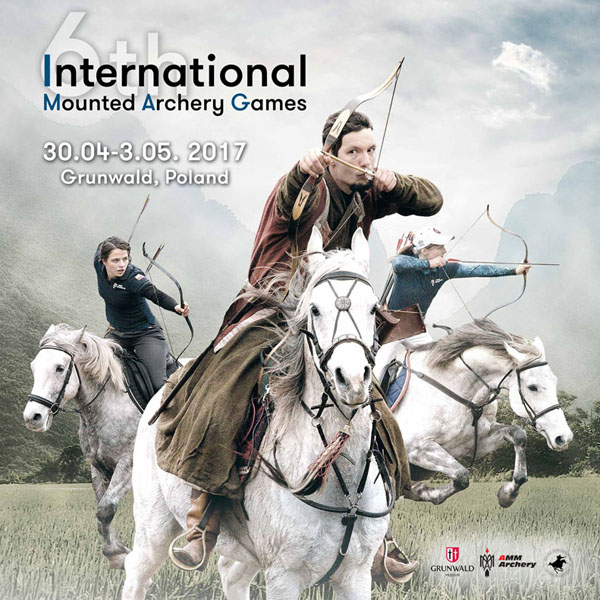 In general, the results after 4 days of compiting were this:

Apart of the senior group, the competition had the pleasure to make a separate grading for Junior competitors. 5 countries took part in this category and the skills of the competitors were even, therefore the race was even harder. In the end the classification for the Junior group looked like this: